This post is from 2015, when I accompanied Tamalyn Dallal on a road trip to gather material for a film.

Tamalyn Dallal’s project, “Pockets of Treasure,” was to be a film about traditional dances of the American deep south. Over the last 10 days, I’ve had the pleasure of accompanying her a recon trip, filming material for a trailer. Last week we were in New Orleans and rural Louisiana documenting Cajun and Creole mardi gras traditions. Two days later, here we are in Asheville, NC at the Bailey Mountain Cloggers (BMC) annual competition. In events ranging from Pee-wee Contemporary to Adult Traditional, we watched cloggers of all ages compete for a table full of prizes.

Clogging is an Appalachian country dance. It evolved from rural traditions of solo dance such as flat step, buck dance, hoedown, and rural tap dancing. Tamalyn introduced me to “Talking Feet,” a brilliant documentary of early styles, which you can view online (http://www.folkstreams.net/film,121).

Performed to bluegrass music, it is largely percussive footwork with no upper body movement. Here is some of what we saw and sought out on this leg of the trip.

Yet today we were in for a surprise.

Imagine an ocean of little girls in sparkly outfits, full make up, their hair sprayed, clogging to—hip hop? Yes. Hip hop. Clogging fused with contemporary dance. Chest bumps. Hip work. Arm circles. Happy little girls, grinding away in between the clogging steps. After about three of these numbers, I leaned over to Tamalyn and whispered, “Where are the Gothic fusion cloggers?” (yes, we found them).

Sprinkled between these numbers was traditional clogging. The Bailey Mountain Cloggers, a college team (yes, you can get a clogging scholarship), are dedicated to traditional styles, and specifically include trad categories in the competition; in fact, the grand prize  goes the best traditional clogging team. They made us so welcome, announced Tamalyn’s project from the stage, introduced her, told the crowd we would make them all famous (this seems to be a theme in introductions), and generally gave us carte blanche.

So while Tamalyn filmed dances, I wandered around interviewing participants.

I’m kind of shy (I know, no one believes this), so I felt daunted to ask people to talk to me. Then I caught sight of a gal whose traditional group I had admired (the Hot Foot Cloggers), and asked her if she would be interviewed. She was delighted, and just as sweet as pie. Over all, I interviewed half a dozen people, including the director of the BMC and the daddy of the first girl, plus got us an invitation to a clogging group in Boone, NC, who happen to know a buck dancer Tamalyn has been trying to find.

Here’s what I discovered.

The roots of clogging were solo dances that were all about the dancer’s feeling from the music. Everyone had their own style, culled and developed from watching other dancers.

Then team clogging rose. The focus came to be on precision and choreography (except for hoedown, in which the caller calls the patterns and everyone freestyles their footwork). Nowadays, clogging is often fused with other dance forms (hip, lyrical, contemporary), in an effort to get and keep kids interested.

Traditional music is harder to dance than contemporary music, and young folks often don’t get it—they want what they know, which is modern music. But as students get interested in the dance, they realize the trad music is perfect for it, since they evolved together (I also saw many young kids dancing trad and whooping it up). And the Hot Foot group’s mission is to bring trad clogging to kids so they’d have something to do in a town with nothing.

The most important thing about clogging is having fun

Enjoying the dance and the team and making it fun for the audience. Every person told me this. And even the choreographer of the the most out-there fusion school (XDC), who maintains that you should fuse everything, says that if you are interested in clogging the most important thing you can do is learn the traditional styles first. Hmm. That sounds familiar, too.

So there you have it.

Like clogging, belly dance has evolved from a solo improvised dance into a team sport valuing precision and novelty. But also like belly dance, the traditional roots are seen as the best grounding, and as dancers grow in skill and appreciation, their interest centers on the traditional art.

We are on the right track.

And here’s some bluegrass: https://www.youtube.com/watch?v=665XeIyMgak 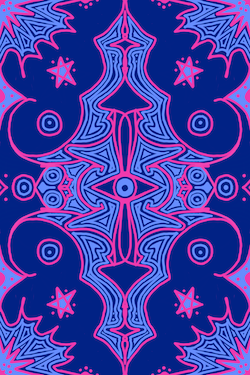 The 2020 hits just keep on coming (talkin’ to you, endless fires), so today’s post will be short and escapist ; ) As I continued to explore the concepts I found in my Dad’s art, I started focusing on a more Arabic form of expression–by using the Symmetry feature on my phone. Whatever I draw…

What is belly dance? Part III Read Part I here Read part II here Of course, there are specific folkloric dances that have nothing to do with belly dance—no one is arguing about that. But there are others that have been adopted. They are not belly dance as such (Sa’idi stick dance, for example, or… 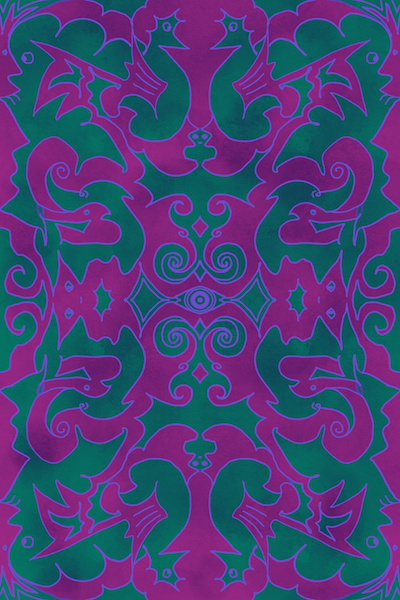 We’re getting down to the wire here. In the USA, elections are in less than three weeks. Covid is spiking worldwide. The centuries-long other pandemic of systemic oppression is going strong, too, with a rise in fascism, racism, and xenophobia across the planet. Who wouldn’t like a vacation? Oh, wait. We can’t really travel… Good…

In the iconic film, The Matrix, Neo is offered a choice: The blue pill or the red pill? The blue pill lets you stay in the cave, living an illusion of life. The red pill–ah, that’s another story. The red pill means opening your eyes to hidden things. It changes your life. Awakens you. Frees…

I last performed live, with real people in real time, September of 2019. Yeah, that was a while back. Now, I rarely see anyone (well, except for grocery shopping, and my son, who lives with me right now). So I dance at home by myself.  Or, I should say, with myself.  I first started doing…

How quantum physics illustrates personal style Imagine you are watching a dancer. You have no idea what the hell she is doing, but everything is moving in complete accord with the music, and that music is live. There are half a dozen instruments, multiple accents, and a wild assortment of inputs, yet she is totally…